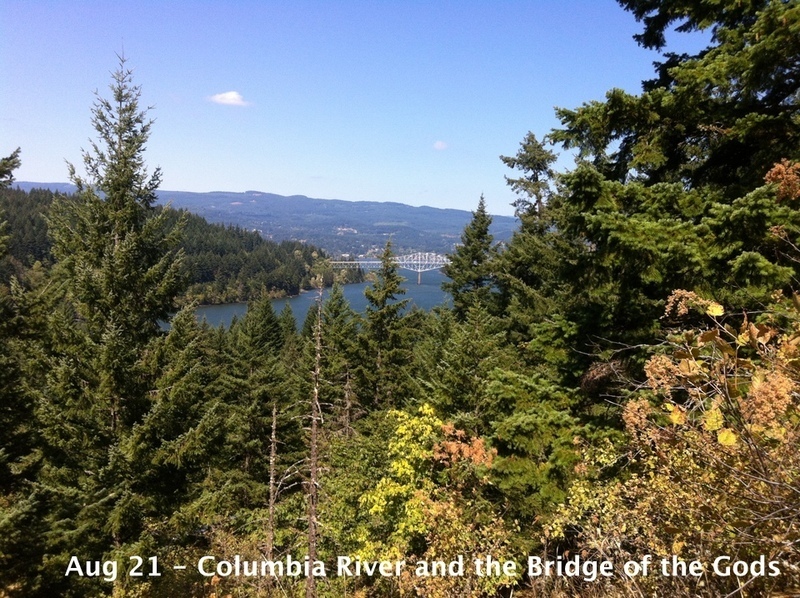 Tina turned on the afterburners and knocked out the last half of Oregon in 9 days -- averaging almost 27 miles per day, a new PR!

The first days out from Willamette Pass found her in the Three Sisters Wilderness --- now her favorite part of Oregon.   From there it was on to McKensie Pass and Santiam Pass skirting Mt Washington, and then on towards Mt Jefferson.

Near Mt Jefferson a wildfire closed the PCT ahead of Tina and forced her and the other hikers into a rough detour -- a detour which has since doubled in size.   Over the time Tina was passing through that area and after I spent four days helping hikers with the detours, working with Halfmile and the rangers to get updated maps, posting those up, etc etc.   That was a bunch of hassle but Tina is actually very lucky -- this year appears to be a record for fires on the PCT and had she been even a few days behind her current schedule she would've been forced into several other fire detours (see pctnews.com for the gory details).

But Tina got through all that, hiked around Mt Hood near the tree line, and then two days made it to the Columbia River and the Bridge of the Gods -- the boundary with Washington.

Most of the hikers took a zero there to rest and change over to wet and cold weather gear but Tina only rested for a half day and yesterday afternoon hiked up into the mountains on the Washington side of the river.   The going will now be a bit slower since Washington is quite a bit more vertical than Oregon, but barring misfortune, we appear to be on track to beat the typical arrival of the first major snow storm of the year.