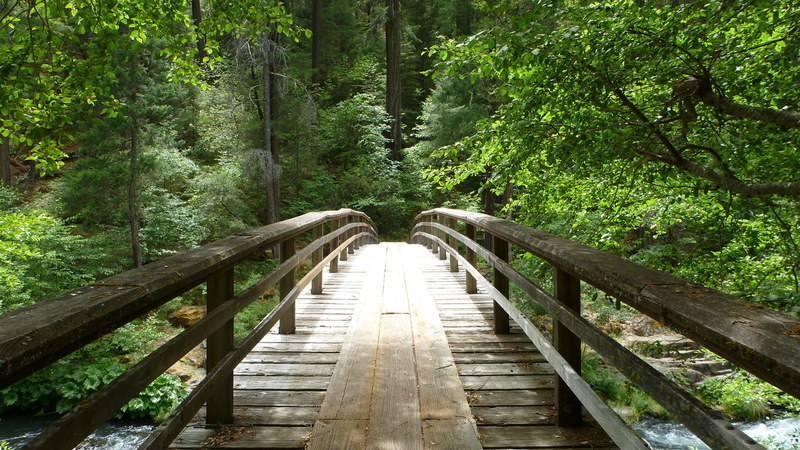 Catching up again!  On July 15-18 Tina hiked the unbroken stretch between Burney Falls west to the PCT's first I-5 crossing near Castle Crags (miles ~1423-1506).   The 83 mile stretch included about 4 vertical miles of climbing and descending but no really long continuous climbs and so Tina found it to be fairly agreeable.

On the other hand, she saw substantial bear sign and one night even had one sniffing around and "woofing" at her.   Other hikers have actually seen the bears but Tina hasn't -- although she wonders whether that's because her prescription sunglasses fell apart and she's been forced to wear regular sunglasses.   It could be she's stepping right over them!   ;-)

After that stretch it was time for me to move camp from Susanville, CA (which I miss greatly) up to Medford, OR (home of Harry & David).    That and a nice tour to scout the southern edge of Oregon and far northeastern corner of California meant two full days off trail but then Tina launched again on the 21st.   I'm supposed to meet her late tomorrow about 10 miles west of Etna, CA and take her down to Etna for resupply.   Etna is a small and cheerful town in the very pleasant Scott Valley surrounded by the Marble Mountains (which Tina is now walking over).

No bear issues have been reported to me along this stretch although Tina went into it with some poison oak issues where you don't want them and now I understand that towards the ends of recent days she has been suffering from substantial calf and then whole leg cramps on one side.    That's slowed her down just a bit but she's marching on.   :)

A note on the pics:  More "trail" pictures than usual just as a sampler and also showing how stretches of the trail are overgrown (thus making it hard to avoid the poison oak).