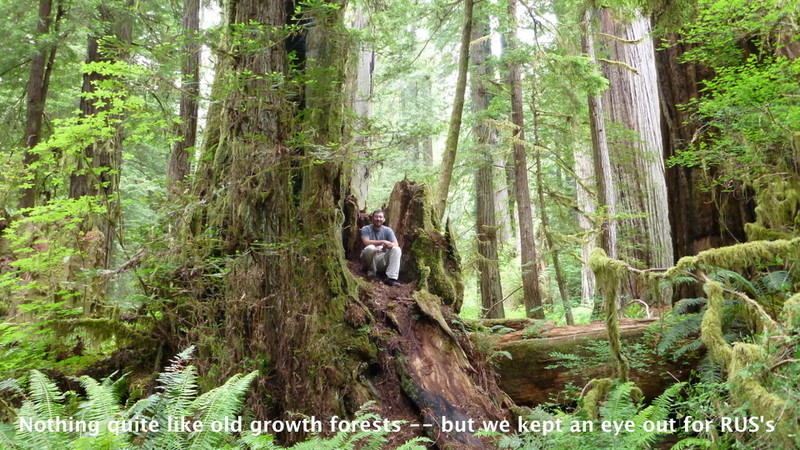 Howdy folks!   I picked up Tina and Kevin outside Sierra City (mile 1197.5) on Thursday as planned.

After a couple days of touring through Lassen Volcanic National Park, Burney Falls State Park, and Redwoods National Park, we put Kevin on a plane yesterday in San Francisco.    Kevin's now back home and Tina's already back on the trail and is about 10 miles north of Sierra City as I type.

Although Kevin's departure was earlier than we'd originally planned, it may have worked out for the best since he'd just developed knee pain in addition to the foot / instep pain he'd been suffering through and was still limping as he left for Virginia.    Tina's sure missing him on the trail, tho!   As Tina said as she departed today "hiking or biking: it's more fun when you get to share it with someone else!".

While maybe not as fun, the trail is still exciting from time to time.   Tina was able to call me late this afternoon from a rest stop and said that she'd just encountered her first rattlesnake of the season.  She heard just one rattle and that was behind her but of course Tina had to go back, find the snake, and play with it a bit.   She said it was "just" a western diamondback and promised that she'd be bringing in plenty pictures.   :)

I see Tina next 92 miles from her start today.

p.s. All the above parks are great but be sure to allocate most of a day's worth of hiking time to Lassen and Redwoods.